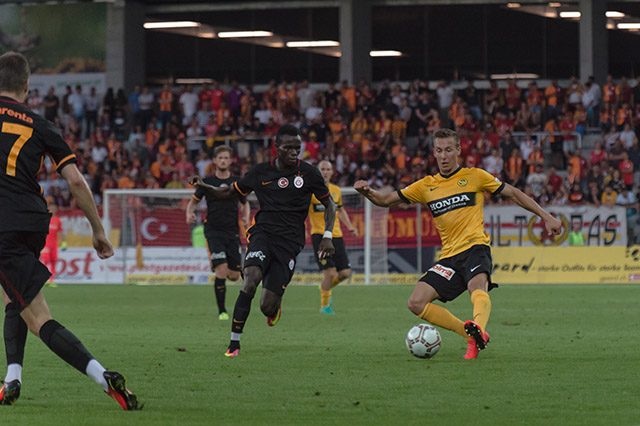 After the successful re-launch of the Uhrencup in the summer of 2016, the organisers of the competition decided to roll out the most traditional football preparation tournament in Europe once again this year. As is tradition in the competition, two domestic sides hailing from host nation Switzerland have been selected to compete at the pre-season showpiece, and with BSC Young Boys and Neuchâtel Xamax FCS the chosen competitors this time around, spectators can enjoy two Swiss teams with illustrious histories competing against two top international teams between the 8th and the 15th July 2017.

In mid-July 2016, following a two-year suspension, the Uhrencup was re-launched in its entirety for the first time. Thanks to the innovative combination of Biel and Grenchen as tournament venues, which are included as part of the UNESCO World Heritage site list, the 52nd edition of the traditional tournament in 2016 proved a great success. The inclusion of Istanbul giants Galatasaray in the 2016 tournament attracted a total of around 15,000 spectators to the respective venues, and the four games were broadcasted in 11 different countries.

Re-iterated thanks for the support of tournament sponsors

The support of the main sponsors Erdgas (represented by Gasverbund Mittelland AG) and SportXX (Migros) can be attributed to the fact that the Uhrencup will be held once again this year. Due to the high security costs and the expenses for the stadium rent and the rising team costs, only a fraction of the budget can be covered by the revenue from ticketing. According to Kurt Schmidlin, Head of Marketing and Sales at Gasverbund Mittelland AG, pledging their support was an obvious choice: “We are very pleased that the Uhrencup will be held for the 53rd time, and are proud to support this traditional tournament, which has always been graced by some of the top teams in the world, as the main sponsor.”

As is tradition, two Swiss teams will again be playing against top international clubs this year. The inclusion of BSC Young Boys guaranteed the inclusion of one of the strongest sides in Swiss domestic football, and they remain a long-standing competitor at the Uhrencup. For YB-Sportchef Christoph Spycher, who has competed at the traditional tournament himself, the inclusion of Young Boys makes sporting sense: “Thanks to the Uhrencup, we have the opportunity to compete against two of the top teams in Europe one week before the start of the domestic championship. The fact that our fans also provide a unique atmosphere within the Uhrencup stadia makes it an even more interesting and beneficial experience for us”.

As a second-tier Swiss team, Neuchâtel Xamax will be struggling to bring the Uhrencup trophy back to Romandy. Neuchâtel actually won the tournament in 1972 and 1977, with their last participation at the showpiece coming in the year 2000, when they finished in second place behind Young Boys, who incidentally were managed by former Neuchâtel coach, Alain Geiger. In the meantime, Xamax has once again become an interregional domestic competitor in the Challenge League after the bankruptcy of club owner Bulat Chagaev in January 2012, and the subsequently enforced withdrawal of the club into the second tier. He has, however, expressed his ambitions to help the club return to the first tier of the national league by 2018. Raphaël Nuzzolo is looking forward to returning to the traditional tournament, after finishing a runner-up with YB in 2011. “The Uhrencup is a very interesting, well-organised tournament with attractive games played out at a high level.

Grenchen and Biel the chosen venues

Event organiser Simon Laager is also pleased with the sense of continuity for this year’s tournament: “We are delighted that YB and the sponsors are showing their loyalty and are looking forward to the 53rd edition of this traditional tournament.” Xamax has a close relationship with the watch industry due to the close proximity of Neuchâtel to its production centres, and has always been a welcome guest at the competition. Laager also explained that 2016 format, employing the use of two venues, should be retained: “The combination of Grenchen and Biel proved to be very beneficial. How many matches are played in each stadium remains unconfirmed, for it also depends on the participating teams from abroad. We are currently awaiting an oral declaration by a regional champion and current Champions League participants.” What can be confirmed is that the four games of the 53rd Uhrencup will take place between the 8th and the 15th July at the respective venues in Grenchen and Biel.