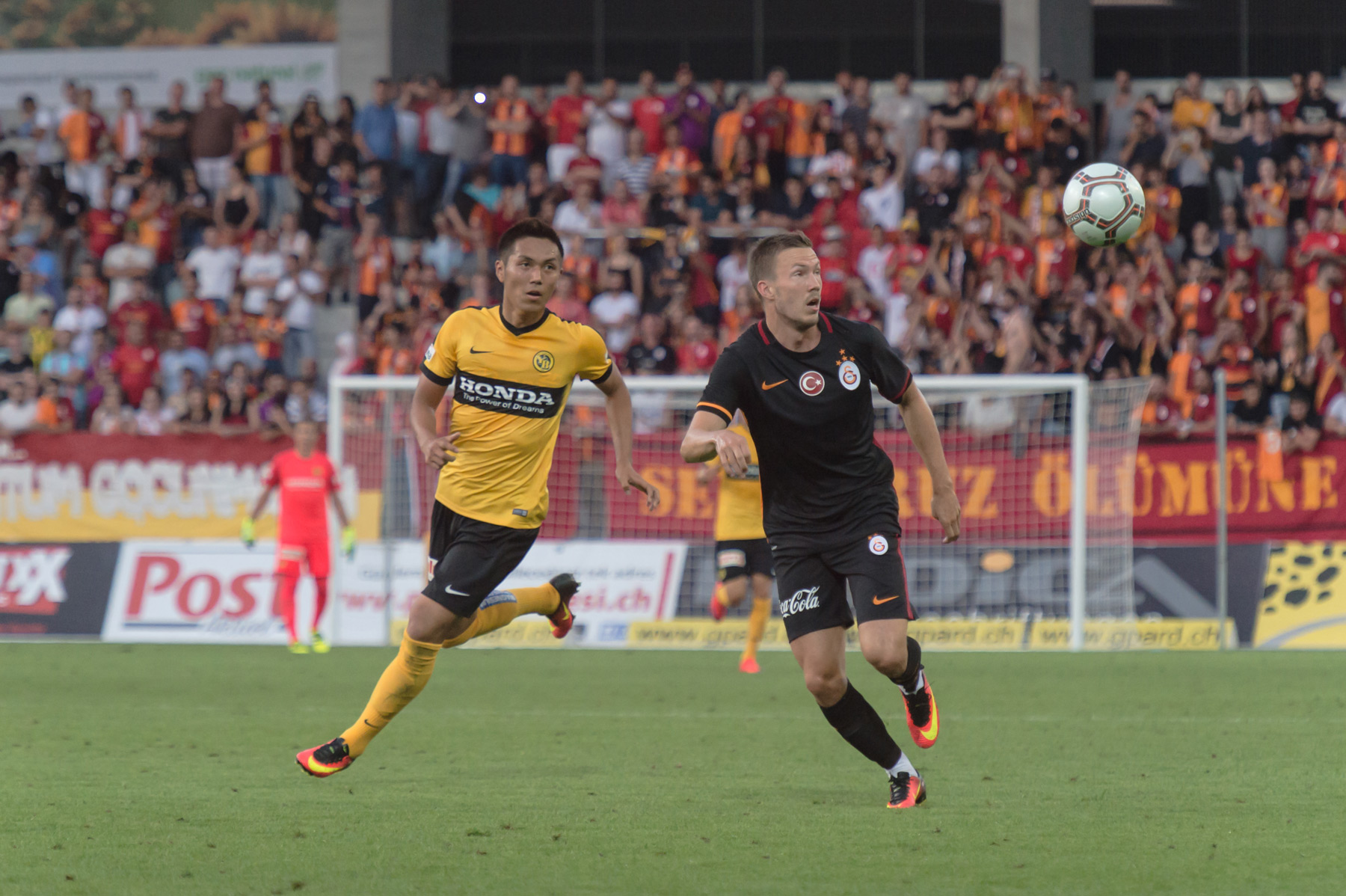 Biel, May 17, 2018 – Following the organisers’ announcement at the beginning of May of the two Swiss domestic clubs to participate at the 2018 Uhrencup, Bern’s reigning Swiss champions BSC Young Boys, and FC Basel, alongside the all-important match dates and locations, reigning KNVB Dutch Cup winners Feyenoord Rotterdam and star player Robin van Persie were confirmed as part of the line-up at the upcoming edition of the tournament last week. The organisers were also able to lure English club Wolverhampton Wanderers as the fourth participating team, their participation officially confirmed the day before yesterday. The 2017/18 EFL Championship winners and newcomers to the 2018/19 edition of the English Premier League, complete the line-up for 2018, with ticket sales set to open on 1st June 2018 at 12.00.

With roughly two months to go before the start of the tournament, the 54th edition of the traditional pre-season Uhrencup tournament is beginning to take shape. Whilst FC Basel will feature in the opening game in Biel on Tuesday 10 July 2018 to kick-off proceedings, the Bernese Boys will play in Biel the following day before FC Basel play its second game at the same venue on Friday 13 July 2018. The detailed schedule as well as further information on the second Young Boys match and the Uhrencup Final (Saturday July 14 2018), which will take place in the traditional surroundings of the old Stadion Neufeld in Bern, will follow at the end of May. “The balancing act of being able to attract prestigious clubs with as few international players as possible in their respective squads, given this is a World Cup year, was most demanding. We are even happier that we were able to get an English Premier League club in Wolverhampton Wanderers on board, as well as a top Dutch club in Feyenoord, “said tournament organiser Simon Laager.

Feyenoord to feature with Robin Van Persie as the spearhead

Last year’s Eredivisie champions and Supercup winners Feyenoord scooped another title under the tutelage of Giovanni van Bronkhorst just one month ago after victory in the KNVB Dutch Cup final against AZ Alkmaar, and they currently boast the largest fanbase of a Dutch club both within and outside of the Netherlands. Since 1921, the 15-time national champions, European Cup and UEFA Cup winners have featured in the Eredivisie, the top tier of Dutch football. In 2002, the traditionally known working class club won their last European title in the UEFA Cup. The star and indeed the biggest household name in the squad is capped Netherlands international, Robin Van Persie. The 34-year old striker returned to his hometown club last winter from Istanbul outfit Fenerbahce, having spent the prime of his career for Arsenal and Manchester United in the Premier League, where he earned the double accolade of England’s Footballer of the Year and the golden boot for topping the Premier League’s individual goalscoring charts in 2012. Roy Makaay, another former forward now on the coaching staff at Feyenoord, spent the week before last in the city of Bern, visiting various hotels, training grounds and stadia ahead of the competition. “We will be attending a week-long training camp in this beautiful part of the country and are very happy to be a part of this competition, playing against the best of the local clubs from Bern and Basel”, the former Bayern Munich striker said.

After last season’s tournament winners Stoke City left a positive impression on the tournament, fellow Midlands club Wolverhampton Wanderers will become the fourth Premier League team in history to compete at the Uhrencup. “Wolves”, founded in 1876, confirmed their return to the Premier League on April 14 2018 with games to spare, after a six-year absence following their relegation from the English top-flight back in 2012. The Black Country side have won the old First Division (now the Premier League) on three occasions in their history, and were revered as one of Europe’s elite during the 1950s. Fosun International, the Chinese conglomerate which owns Wolves, is expected to invest between 100 and 150 million euros into the club’s transfer budget this summer.

The 2018 Uhrencup organisers are now looking to recruit volunteers for all four matches to assist with various tasks (including match organisation, security, parking service, stewards, etc), and interested parties can register via www.uhrencup.ch.