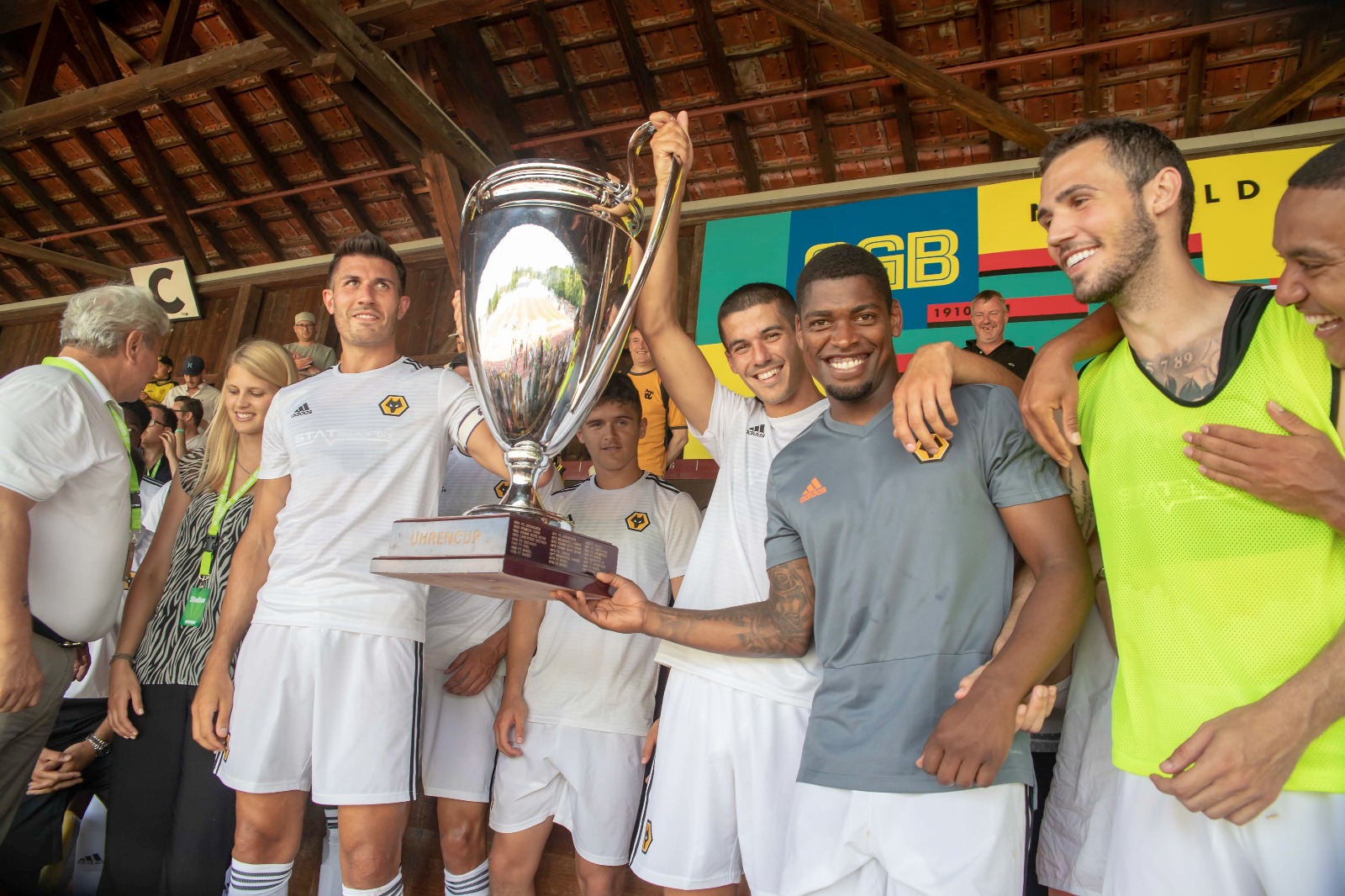 Bern, Switzerland, July 14, 2018- Wolverhampton Wanderers added the 54th Uhrencup to their trophy cabinet on Saturday afternoon after a comprehensive 4:0 win over reigning Swiss champions Young Boys at Stadion Neufeld, ensuring the trophy returns to England for the second year in a row following the success of Stoke City in 2017.

After weathering some early pressure, Wolves always looked the stronger side despite their spectatorship visibly outnumbered in the 3967 crowd, and from the moment the lively Ivan Cavaleiro fired Wolves ahead after receiving Leo Bonatini’s through-ball, they never looked like relinquishing the lead or the trophy, further goals from Hélder Costa, Bonatini and Rafael Mir wrapping up the win.

It was Wolves second win in as many games in their Uhrencup tour, having come from behind in Biel/Bienne days earlier to topple Basel 2:1 thanks to goals from Rafael Mir- who finished top of Wolves’ scoring charts for the tournament with two- and last season’s leading scorer Diogo Jota, who was rested for the match with Young Boys.

Although even amidst the pomp of winning the trophy, the real prize for Wolves boss Nuno Espírito Santo will be the fitness and playing experience his team gain from their Swiss tour, and indeed what he learns about his players as he tweaks his team ahead of the big Premier League kick-off in August when Everton visit Molineux.

His main men have seemingly picked up from where they left off last season and come out firing, with leading marksmen Diogo Jota and Leo Bonatini both finding the net in Switzerland, with Rafa Mir’s two goals sure to provide a confidence booster. Ivan Cavaleiro played 45 minutes in both games and provided a goal and assist on the tour.

What will also be encouraging for Nuno is that many of his young players have also taken their chance with both hands, giving him something to consider through the pre-season ahead of the big August kick-off. Ryan Giles and Morgan Gibbs-White have both put in impressive performances in midfield, whilst Cameron John and Bright Enobakhare both looked bright in the match with Young Boys.

Having won the Championship last season with such style to return to English football’s top-flight for the first-time since 2012, many are tipping this Wolves side for big things next season. If their form in the Uhrencup has been anything to go by, then this prestigious pre-season accolade may just be the first step in a remarkable journey ahead of them.