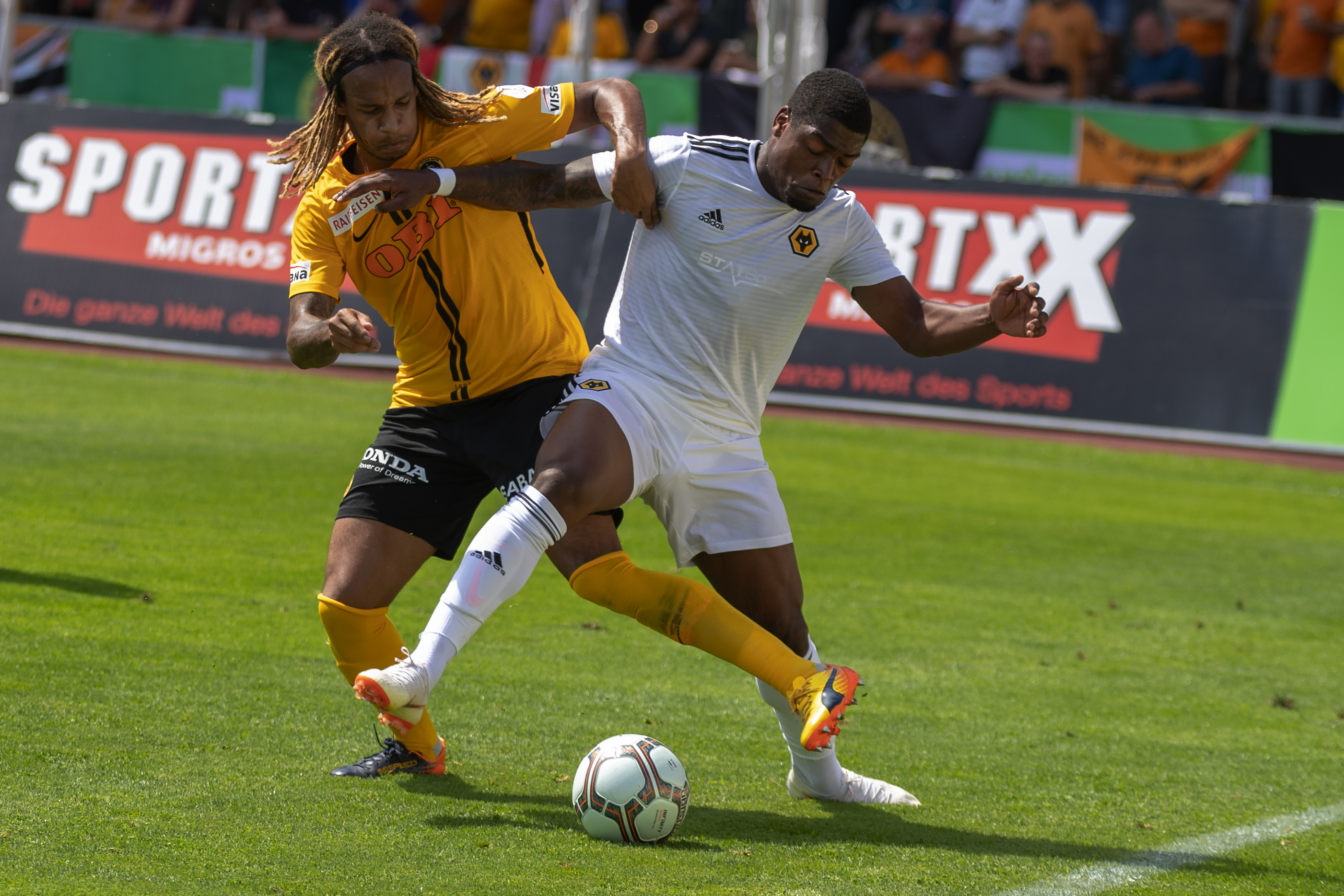 Despite hosts Young Boys enjoying the lion’s share of possession in the opening exchanges, they failed to create any clear-cut opportunities, and Wolves seemed to come forward with more purpose when they managed an attack early on, Hélder Costa latching onto a long throw from Ryan Bennett and racing in behind before seeing an early effort parried by Young Boys goalkeeper von Ballmoos, the first real chance of the game. They wouldn’t be denied when their second opportunity came along, Léo Bonatini pouncing on a loose pass from Djibril Sow inside the Young Boys half. He waited to draw in the defence before threading a through-ball into Ivan Cavaleiro, who finished calmly past von Ballmoos to start the Wanderers party.

And four minutes later, the champagne corks were almost ready to pop as Wolves notched a quick second goal. Hélder Costa timed his run into the penalty area perfectly to beat the offside trap and latch onto a through-ball, before dinking the ball coolly over the advancing von Ballmoos for 2:0. Wolves would see their lead comfortably through to half-time, Young Boys’ only real chance coming after some neat play between Hoarau, Assalé and Sulejmani culminated in the latter firing A 25-yard snapshot high over Ruddy’s goal.

Young Boys had offered little, and the game was put beyond doubt by the far more clinical visitors nine minutes after the break. On a rare venture into the box, had his pocket picked by Conor Coady, and Wolves broke quickly, Morgan Gibbs-White embarking on a driving run forward. A cool head on young shoulders, Gibbs-White retained possession until he spied the run of Bonatini, playing an inch-perfect ball into the Brazilian who raced clear of his marker and slotted across goal into the bottom corner for 3:0.

Nuno Espírito Santo’s men were in control, and he saw fit to ring the changes on the hour mark as he gave some of the club’s youngsters a valuable run-out. One of those, Bright Enobakhare, spurned two good chances to make it four, the first coming following a corner, the youngster twisting and turning in the box after receiving the ball before firing his effort into the side netting. The second was far more guilt-edged, Enobakhare played in behind by fellow substitute Benny Ashley-Seal, before taking too much time over the finish and firing straight at the advancing von Ballmoos.

The Premier League outfit would get their fourth before the day was done, Rafael Mir timing his run perfectly as he was played in behind by Pedro Peireira before drawing von Ballmoos and going around him. Yet with an air of confidence, Mir waited for von Ballmoos to scamper back into goal rather than tap into the empty net, then took his chance to finish with a flourish into the bottom right corner with all the pomp of a prolific striker. The final whistle sounded shortly after to the delight of the travelling Wolves fans, ending an impressive campaign for Nuno’s team ahead of their return to the English top-flight.