5 reasons to look forward to the 55th Uhrencup 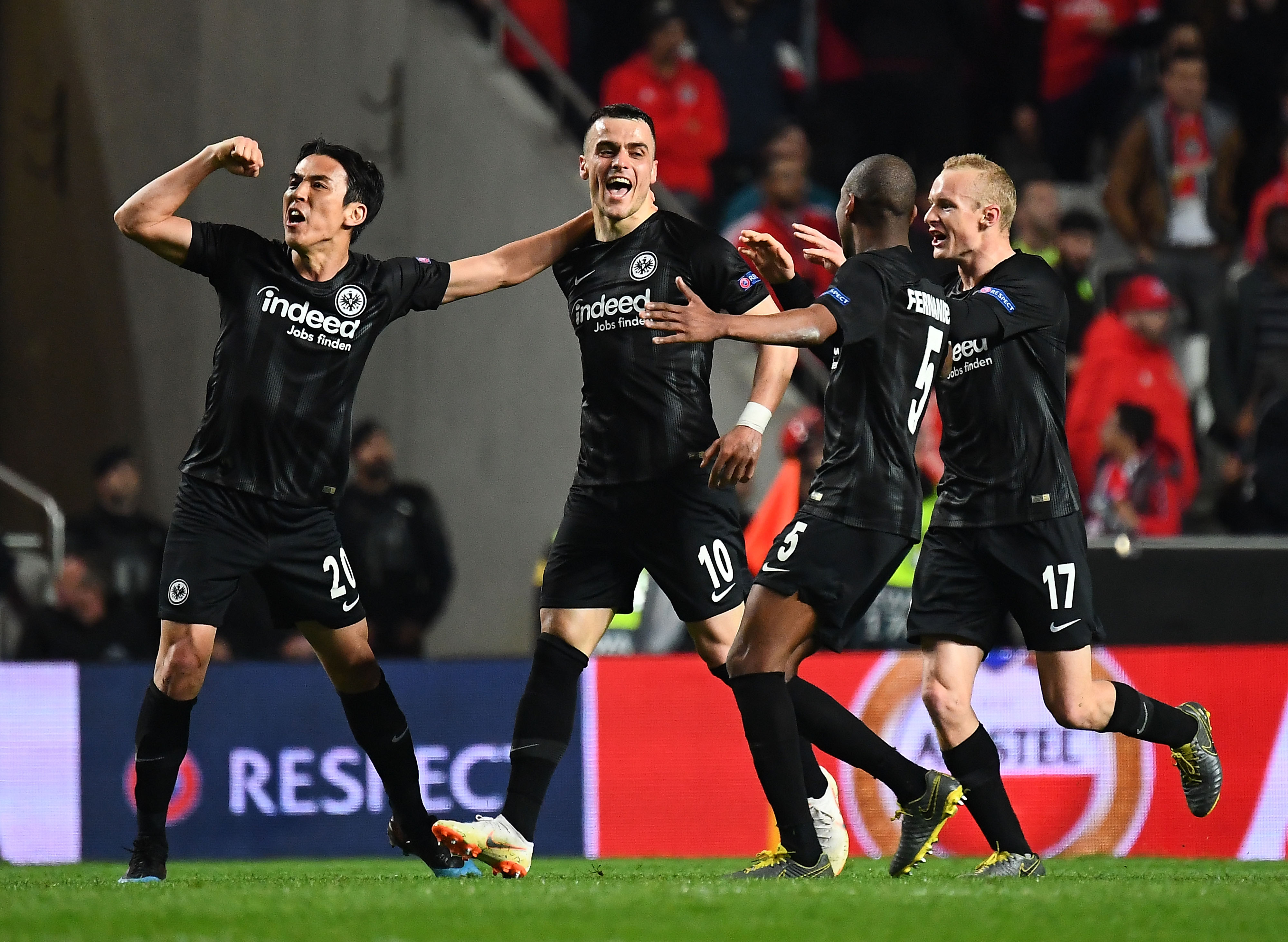 Biel/Bienne, Juny 25, 2019 – With the 2019 Uhrencup just around the corner, fans will be hoping that the action is as entertaining as it has been in previous years as tickets are snapped up to watch some top quality talent in Biel/Bienne and Bern. But what can supporters flocking to Switzerland look forward to from this year’s competition?

Two very familiar faces return to the dugout for this year’s Uhrencup as they bring their teams to the Alps. Adi Hütter, who took Young Boys to their first Swiss league title in 32 years in the 2017/18 season is back, bringing his Eintracht Frankfurt side to take on the Bernese in a clash that both sides will look forward to.

Another reunion is a more universal one. Roy Hodgson has previously coached the Swiss National Team and not only will he be looking for his team to prove himself on his old stomping ground, but he will know his Crystal Palace team can not underestimate local opposition which should make for an entertaining brace of encounters with Luzern and Young Boys.

After a seventh place finish in the 2018/19 Bundesliga and a superb run to the semi-finals of the Europa League, Adi Hütter’s Eintracht Frankfurt are gearing up to go again this season and will seek to use the Uhrencup as the perfect springboard.

Despite last season’s top scorer Luka Jovic heading to Real Madrid, Uhrencup spectators can still expect to see a lot of top quality in the Eintracht team. French striker Sebastien Haller scored 20 goals in all competitions last campaign and local fans can look forward to seeing him link up with Swiss international Gelson Fernandes, who plays in the Eintracht midfield.

World Cup finalist Ante Rebic is another exciting player who will be on show in Biel/Bienne, as well as Filip Kostic, a Serbian international who scored ten goals from centre-midfield last season.

However, many teams have brought talented squads to the Uhrencup yet found it challenging breaking into their stride. Will Eintracht do the same or are the European semi-finalists set to excel? We can only wait and see!

Local Swiss football fans have more to look forward to about Crystal Palace’s inclusion at the Uhrencup than just the return of former favourite Roy Hodgson.

The Eagles have their own talented Serbian midfielder who will be on display in Luka Milivojevic, who scored 12 goals from centre-midfield and has grown into one of the Premier League’s set-piece specialists. Their entertainment value mainly comes from their wing duo, with Ivory Coast international flair player Wilfried Zaha and England international player Andros Townsend supplying the forward line, which includes powerful Belgian striker Christian Benteke. Palace don’t lack any creativity in midfield either with former Schalke man Max Meyer in the mix.

But going back to their wide players, the Eagles are blessed with two excellent full-backs. On the left flank is Netherlands international Patrick van Aanholt, whilst on the right is Aaron Wan-Bissaka, an England U21 international tipped for a bright future and is at the centre of a transfer saga regarding a possible move to Manchester United.

Yet it is more than what they offer on the pitch that makes this club an attractive prospect for Uhrencup attendees. Like Wolverhampton Wanderers last year, Crystal Palace are expected to travel in numbers and have a reputation in England for the manner in which the fans get behind the team. The Palace supporters adopt a much more European style compared to the rest of England, with colourful banners and flags a regular sight at their Selhurst Park stadium much like those of European ultra groups.

Palace also turn out in numbers in support of their players, and had a 25,063 average home attendance over the course of the 2017/18 season, just 1062 short of their stadium’s complete capacity.

After Adi Hutter brought a long awaited league title to Bern before leaving for Eintracht, his successor Gerardo Seoane has set his sights on transforming one off success into a dynasty.

Young Boys romped to back to back domestic titles last campaign and gave a very encouraging account of themselves in the Champions League with a famous win over Italian giants Juventus. Now, they will seek to qualify for Europe’s elite competition again, and Seoane will be looking for his team to be razor sharp ahead of their bid to reach the Champions League.

Guillaume Hoarau enjoyed a great Uhrencup last season and is a household name in Swiss football, with a further 18 league goals in 2018/19. He also got on the scoreboard in that memorable Champions League group stage victory against Juventus. Cameroonian Jean-Pierre Nsame is another who excels in this competition, and is set to light up the stage again. Christian Fassnacht is another player who has enjoyed two fine seasons after Uhrencup appearances, and will seek to get into his stride ahead of the new season.

Uhrencup spectators can also enjoy the creativity and craft of Miralem Sulejmani, Young Boys’ leading assist provider last season with 11 in the league; the second best tally in the division. Fellow attackers Thorsten Schick and Roger Assalé also assisted nine goals each, and Assalé has been known to enjoy a goal or two in this competition following his last two outings in the tournament.

Luzern are looking to utilise the opportunity of the 2019 Uhrencup as a springboard for their UEFA Europa League qualification campaign, having finished fifth in the Swiss Super League last season.

With Eintracht Frankfurt a direct rival in these qualifiers, Thomas Häberli will want his Luzern players to really make their mark on this competition to go into their European campaign with confidence and applying themselves in doing so should mean some good entertainment value for onlooking fans.

Luzern certainly have the personnel to get supporters off their seats. Nigerian midfielder Blessing Eleke, last season’s leading scorer, is a real threat, and can rely on an excellent supply line of Pascal Schürpf and Christian Schneuwly, who were both amongst the top six assists providers for the Swiss Super League in 2018/19. Leading the line is Australian international target-man Tomi Juric, who featured at the 2018 World Cup in Russia and is also an Asian Cup champion with his country.

Luzern have failed to reach the Europa League group stages in their last seven attempts and will be determined to put that right this year. That should mean a serious approach to the Uhrencup as Häberli seeks out his best winning formula, so do not be surprised to see Luzern make a serious assault on the Uhrencup and try to surprise their seasoned opponents.