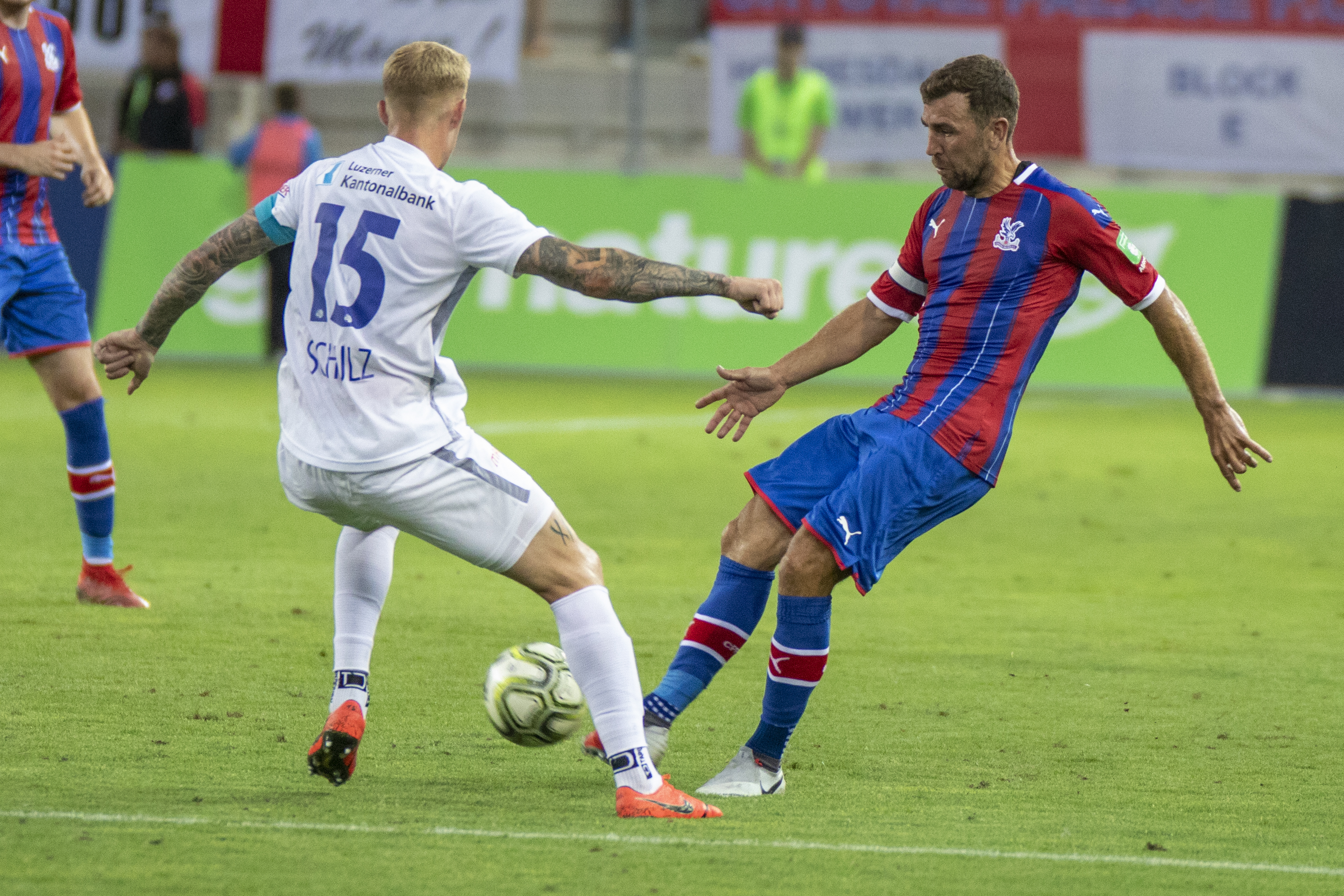 Goalkeeper Wayne Hennessey was the hero for Crystal Palace in the opening match of the 2019 Uhrencup, keeping out Luzern’s decisive sudden death penalty to snatch the points in a 6-5 penalty shootout victory against FC Luzern after a 1-1 stalemate at Tissot Arena.

Both teams netted a perfect five from five of their opening penalty kicks, James McArthur, Joel Ward, Martin Kelly, Jeffrey Schlupp & Alexander Sørloth holding their nerve for the visitors, whilst Demhasaj, Alves, Kakabadze, Tia and Schulz were on target the target for the Swiss.

Palace youngster Nya Kirby then forced his penalty in off the post before Hennessey clinched the points, pulling off a flying save to his right to push Remo Arnold’s effort onto the post.

It was no more than Palace deserved on the night having had the better of the play in normal time, and they were in the lead within two minutes of kick-off as the lively Max Meyer made a driving run down the left, beating his man with a stepover before crossing for Christian Benteke to head in an early opener.

Roy Hodgson’s men weren’t allowed to build on their early dominance though, and Thomas Häberli’s Luzern mustered a response just four minutes later. Palace failed to deal with a corner and man of the match on the night Pascal Schürpf was in the right place at the right time to crash a close range volley past Hennessey to restore parity on six minutes.

Goal provider Meyer was proving a real menace for the Luzern defence, and he spurned a great chance to add to his tally, firing high and wide from close range after some excellent link-up play with Patrick van Aanholt.

There were warning signs fired by the Swiss side though after a snapshot struck Hennessey’s crossbar, but Palace we’re back on the attack soon after. Meyer again was at the heart of their creativity, escaping down the flank and weaving into the penalty area, but rather than go for goal he attempted to square the ball for Benteke, allowing Grether to nip in and make a vital goal-saving challenge.

That was the best chance to break the deadlock again before the break, with both sides making changes at the interval. It didn’t take long for one of Palace’s substitutes to get in on the action, Norwegian striker Alexander Sørloth spurning the first big chance of the second-half after he could only direct his point blank effort straight at Luzern goalkeeper Müller’s legs.

More changes came just after the hour mark for both sides, with youngsters Tyrick Mitchell, Daly and Kirby on for Van Aanholt, Benteke and Meyer.

Wayne Hennessey, who had largely been a spectator for the second-half, had to be alert 15 minutes from time, pulling off a smart stop to his right to turn away a deflected effort.

The Eagles would be indebted to Mitchell just five minutes from time, who will have done his first-team credentials no harm with his 25 minute cameo. The ball came to Luzern’s Christian Schneuwly in the Palace box, who looked for all the world like he would score, only to be thwarted at the death by Mitchell’s inch-perfect challenge. The resulting corner found David Mistrafovic, who could only direct his header over Hennessey’s crossbar.

As the sun sunk under the Alps, the game ever away to penalties, with Palace captain James McArthur winning the toss and coolly firing home the opening penalty. Both teams exchanged goals until sudden death, before Kirby edged Palace to 6-5, right on cue for Hennessey’s match winning save.

Roy Hodgson’s men now look ahead to their match with Swiss champions Young Boys at Bern’s Stadion Neufeld on Saturday afternoon, in with a chance of lifting the trophy. Meanwhile, Häberli’s side will be left to lick their wounds and prepare for the challenge of Europa League semi-finalists Eintracht Frankfurt.