“It is good for our confidence”: Young Boys marksman Guillaume Hoarau lifts the lid on victory over Eintracht 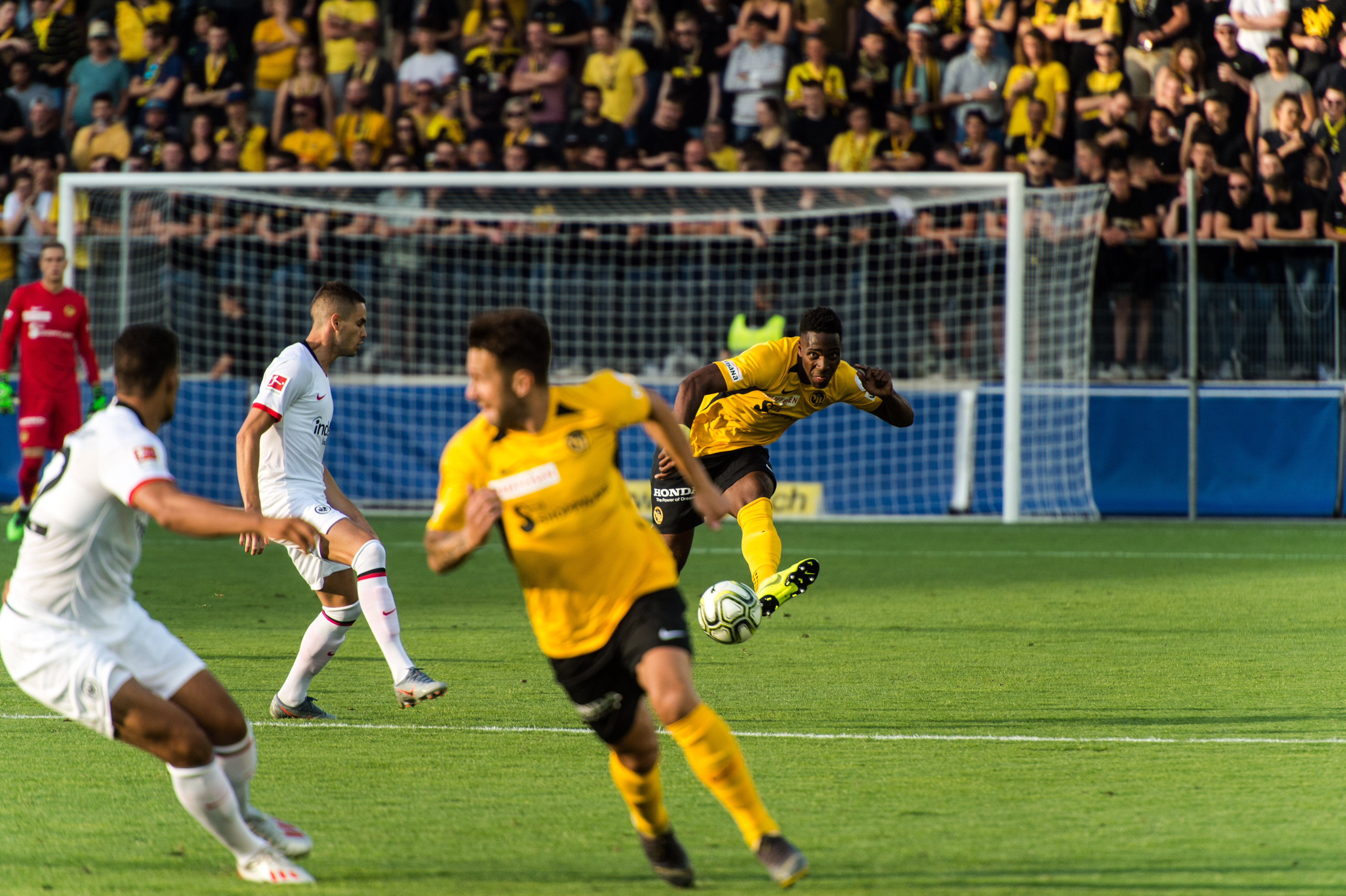 The 2019 Uhrencup may be a precursor to the beginning of the domestic season when the real action begins, but Young Boys goalscorer on the day and 24-goal leading Swiss league marksman of 2018/19, Guillaume Hoarau, did not take for granted the importance of winning even in so-called exhibition games.
Young Boys’ prolific Frenchman got the 5-1 demolition of Eintracht started as early as the sixth minute as he swept in from Nicolas Ngameleu’s ball in from the right flank, and from there it was plain sailing as the Swiss side coasted to victory, the only blip on the result Dejan Joveljic’s consolation for Eintracht which deprived Gerardo Seoane’s side a clean sheet.
It didn’t take the smile of Haorau’s face, however, as he addressed the press after the match,
“It’s true that 5-1 is a spectacular result for us”, Hoarau said.
“We can take a lot from the way we worked and played today. It’s something of a ‘super match’ for us, playing and testing ourselves against such a quality team and playing with such intensity. It really sets us up well for our first league game next week”.
Although Hoarau emphasised the importance of next week’s opening match of the season against Servette when measured up against the Uhrencup, the confidence such a win here gives them against such illustrious opponents cannot be underestimated.
Hoarau added: “It is good for our confidence and good for the whole group. The main objective wasn’t tonight, of course, it’s next week (against Servette). But already we are in very good shape/
“It’s been really good playing at the Uhrencup and using it as a chance to prepare, especially against such quality teams”.
Tonight’s victory sets up a Uhrencup decider on Saturday afternoon against Crystal Palace at Bern’s Station Neufeld, with the winner guaranteed to lift there trophy. Despite the obvious quality and threat of Roy Hodgson’s Eagles, it is a match that Hoarau is relishing.
“It’s another challenge for us, but frankly it’s good to have these games, even so close to the season”, he said.
“The most important thing when we have such big games to come in the league and in Europe is to play big games like this in pre-season alongside our training. It helps us perfect our own game, and as I said, it is so good for us and our confidence as a group to play and win these games so close to the start of the league season.
“We are all looking forward to Saturday and the important business that comes next”.