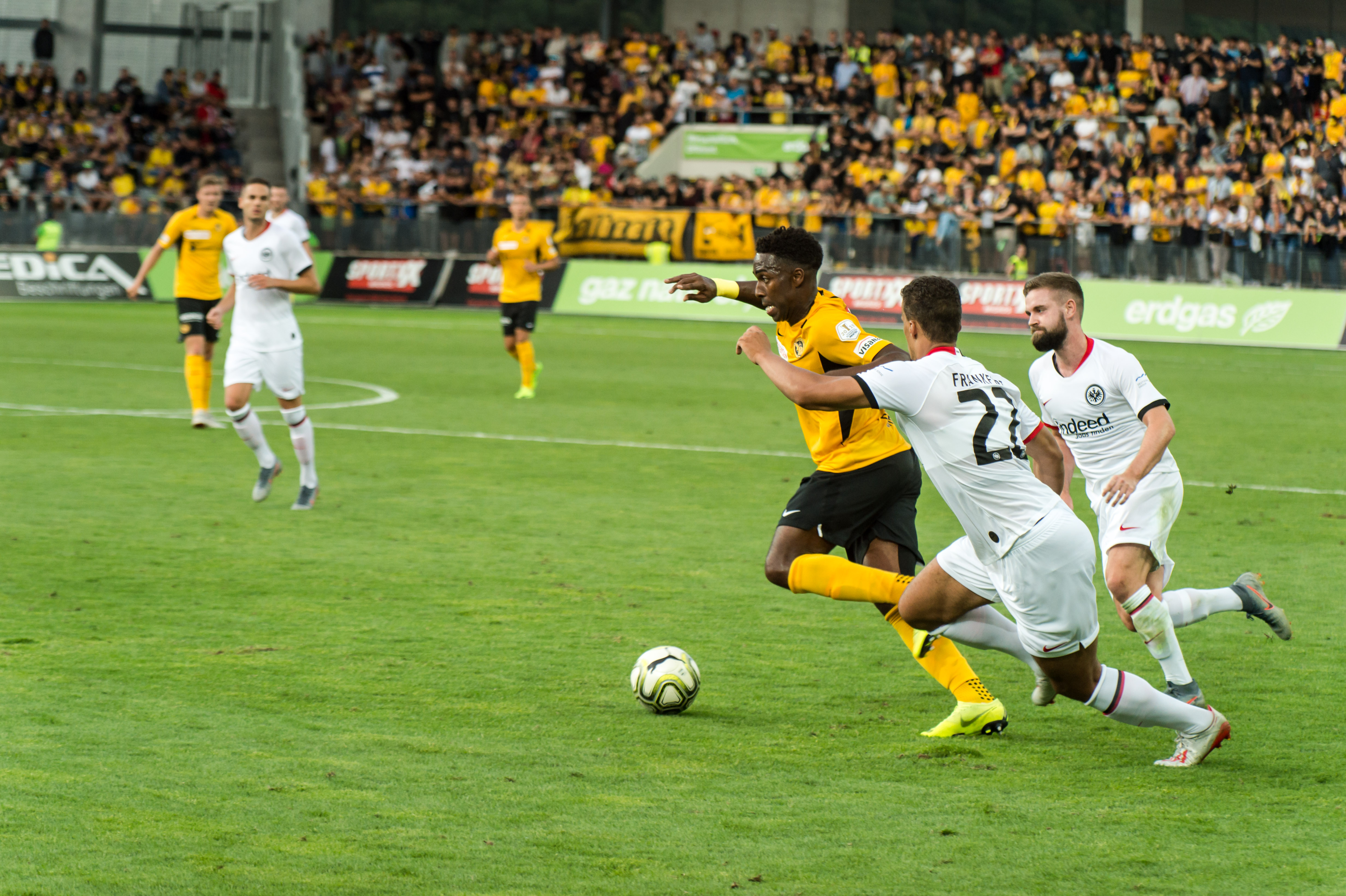 After coming away from their opening Uhrencup fixtures with victories, Bernese outfit Young Boys and South London club Crystal Palace are ready to rub shoulders at Stadion Neufeld on Saturday afternoon (15:00 CET/14:00 BST) with the winner lifting the 2019 tournament trophy.
Gerardo Seoane’s Young Boys are fit, firing and raring to go for Saturday’s fixture, having dismantled 2018/19 Europa League semi-finalists Eintracht Frankfurt 5-1 in Biel/Bienne on Wednesday night.
Starting forwards Guillaume Hoarau and Jean-Pierre Nsame both got onto the scoresheet, as did midfielders Nicolas Ngameleu and Gianluca Gaudino, with Esteban Pepignat capping off the win. Seoane may have been slightly irked at his side’s inability to see out the clean sheet, but it will not dent the confidence of his team going into this game, which may see them lift silverware ahead of their pursuit of a third consecutive Swiss title, which will begin from next Sunday with a home league date against Servette.
Indeed, the Servette match is the big one that Young Boys are gearing up for according to their leading goalscorer Guillaume Hoarau, with confidence high in the camp after the win over Eintracht. Yet the Crystal Palace test is more than a welcome one for the Frenchman with another game against top-quality opposition sure to do Young Boys good ahead of the league season and upcoming Champions League qualifiers.
Crystal Palace boss Roy Hodgson, a popular figure in these parts after his time as a coach with the Swiss National Team, has played down the magnitude of the Young Boys fixture. For him, the main objective is to ready his side for the opening weekend of the Premier League season in August against Everton, with the Young Boys match only the Eagles’ second pre-season fixture.
However, Hodgson won’t let his players get through this test without giving a good account of themselves, and they came through a stern test against Luzern on Tuesday having seen out a 1-1 draw before clinching the victory on penalties with Wayne Hennessey’s sudden death save against Remo Arnold. With an extra day of rest behind them, if his players replicate the form they showed in Biel/Bienne, Hodgson is confident that his team will put on a show in Bern against the Swiss champions and that the spectators in attendance will relish his side’s brand of football.

Team News:
With the opening of the Swiss season one-week away, Gerardo Seoane is expected to offer more vital playing time to his key players. Guillaume Hoarau and Jean-Pierre Nsame both started and scored on Wednesday evening and are tipped to be named in the starting eleven yet again.
Gianluca Gaudino emerged from the bench to score against Eintracht and may well be given a chance to impress from the start here, whilst Gregory Wuthrich may come into the defence having been benched for the previous game.
In Hodgson’s post-match interview after the Luzern win, he emphasised the role the extra day of rest would have in allowing him to play his senior players for longer periods and the importance of treating Young Boys with respect, so he is expected to reshuffle the pack for Saturday’s game.
Joel Ward and James McArthur are expected to be two players coming into the starting line-up, whilst Trick Mitchell and Jeffrey Schlupp are both in contention to start. Patrick van Aanholt may be rested to make way, but Scott Dann having lacked match action last season may keep his place.
Nya Kirby was an impact sub against Luzern and impressed in his cameo appearance, capping it off with a goal in the penalty shootout, and his bright and energetic performance may be enough to win him a start this time. Alexander Sorloth may also start alongside Christian Benteke who made a goalscoring return on Tuesday, with Connor Wickham the likeliest to make way.
Wayne Hennessey made the key save which saw Palace through the shootout on Tuesday but it remains to be seen whether he will keep his place or whether Vicente Guaita or Stephen Henderson are given a chance to impress.