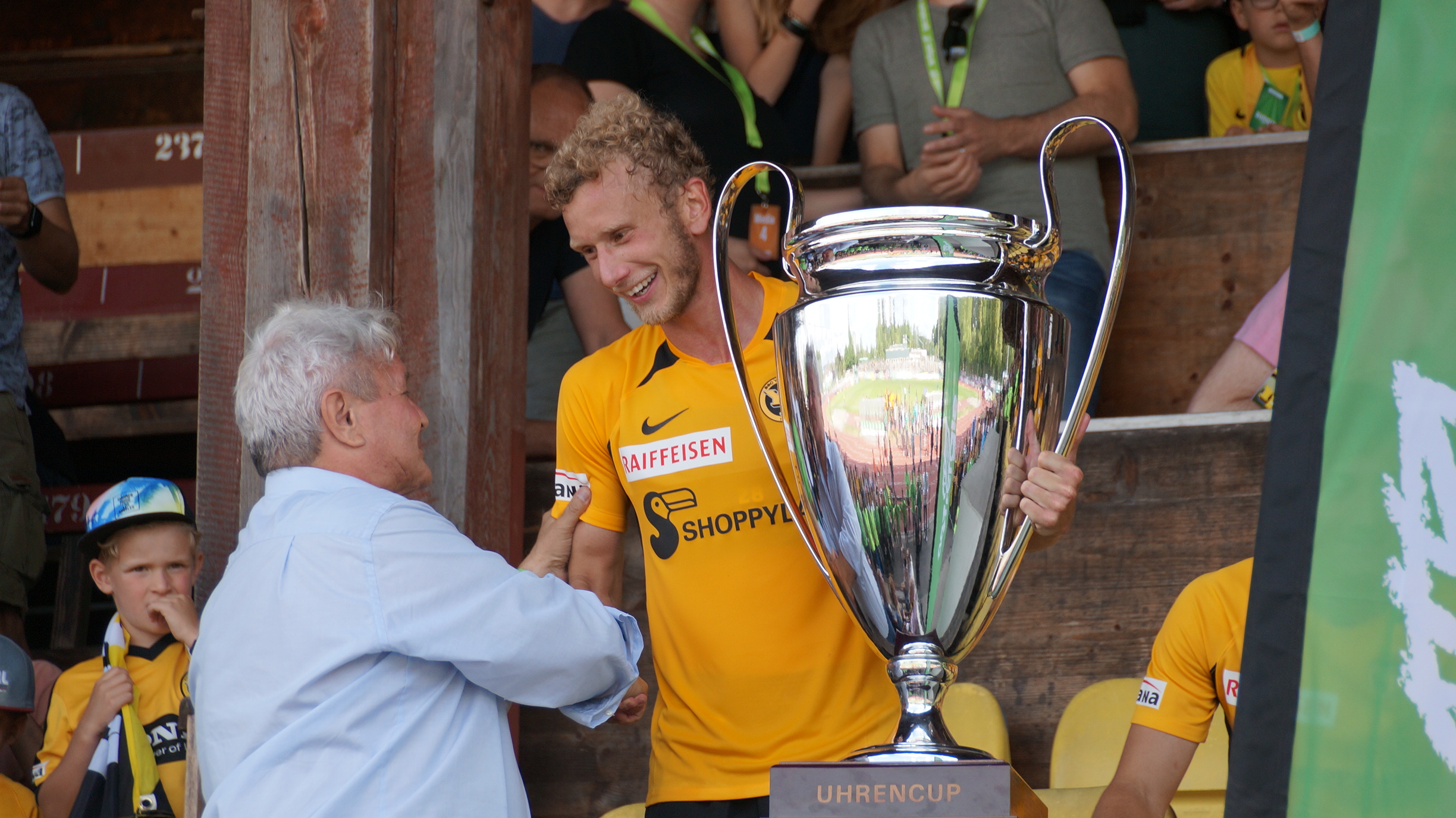 Reigning Swiss champions BSC Young Boys will start the defence of their domestic title with full confidence, after goals from Nicolas Moumi Ngameleu and Guillaume Hoarau were enough to see off Crystal Palace 2-0 at Stadion Neufeld.

The win saw Gerardo Seoane’s men secure an eighth Uhrencup title for the club, and their superior match sharpness showed in this game as it did in their win over Eintracht earlier in the week. The Swiss, one week away from beginning their domestic season, were slicker then their Premier League opponents, who are yet to hit their stride ahead of their Premier League campaign kicking off in August.

Palace boss Roy Hodgson won’t read too much into the result despite the minor disappointment, and will see it as a good opportunity for his players to test themselves against strong opposition before they really rediscover their mojo over pre-season.

A Uhrencup which has become renown for early goals delivered again in the decider as Swiss champions Young Boys got off to a dream start thanks to a shocking error in the Palace defence. Patrick Van Aanholt was found wanting in possession on the halfway line with Nicolas Moumi Ngameleu nipping into pick his pocket. He left the Dutchman and the retreating Palace defence trailing in his wake before rounding and finishing past Vicente Guaita for 1-0, the game a mere five minutes old.

Palace had started on the back-foot, and goalkeeper Vicente Guaita was soon called into action again to punch clear a Young Boys corner and the subsequent strike at goal from distance. The Spaniard then had to be alert and get his body behind Vincent Sierro’s snapshot from a Young Boys free-kick.

It didn’t take long for Young Boys’ relentless pressure to pay off, for just after the half-hour mark the Bernese doubled their lead. Guillaume Hoarau took aim at goal and his deflected effort was enough to beat Guaita and leave Palace with a mountain to climb.

Coasting toward an eighth Uhrencup title, Young Boys sought to put the game beyond doubt before the break. Hoarau almost did so, taking aim at goal and forcing Guaita into a smart save down to his right, the last big chance going into the break.

Palace boss Roy Hodgson had to rouse his men over half-time, and his choice of words had the desired effect as the Eagles immediately applied pressure after the break. Good work from Jeffrey Schlupp saw the ball worked to Christian Benteke who shot straight at David Von Ballmoos, before half-time substitute Max Meyer hit the side netting.

Hodgson threw a succession of substitutes on at the hour-mark as his side chased the game. Dann, Kelly and Benteke were all withdrawn for Woods, Riedewald and Wickham to enter the fray. But the Eagles were given a huge let off on 65 minutes as Jean-Pierre Nsame passed up on a great opportunity to put Young Boys out of sight. Great work from Ngameleu saw the ball worked to the Cameroonian striker, but with the goal at his mercy he blazed over from six yards out to the relief of the Palace defence.

It was Palace’s turn to spurn a succession of opportunities as the half wore on. Andros Townsend’s 77th minute snapshot cleared the crossbar, before the England international took aim from distance and saw his shot parried by Von Ballmoos. The loose ball came to Van Aanholt, but his goalbound effort came off substitute Connor Wickham and out for a goal-kick to Young Boys.

It seemed that Palace’s luck was out throughout the game. Short of match practice they are yet to rediscover their cutting edge in front of goal, and the game ebbed away over the closing exchanges as Young Boys comfortably saw out the game to be crowned Uhrencup champions for the eighth time.