Haller on the scoresheet as Eintracht see off Luzern 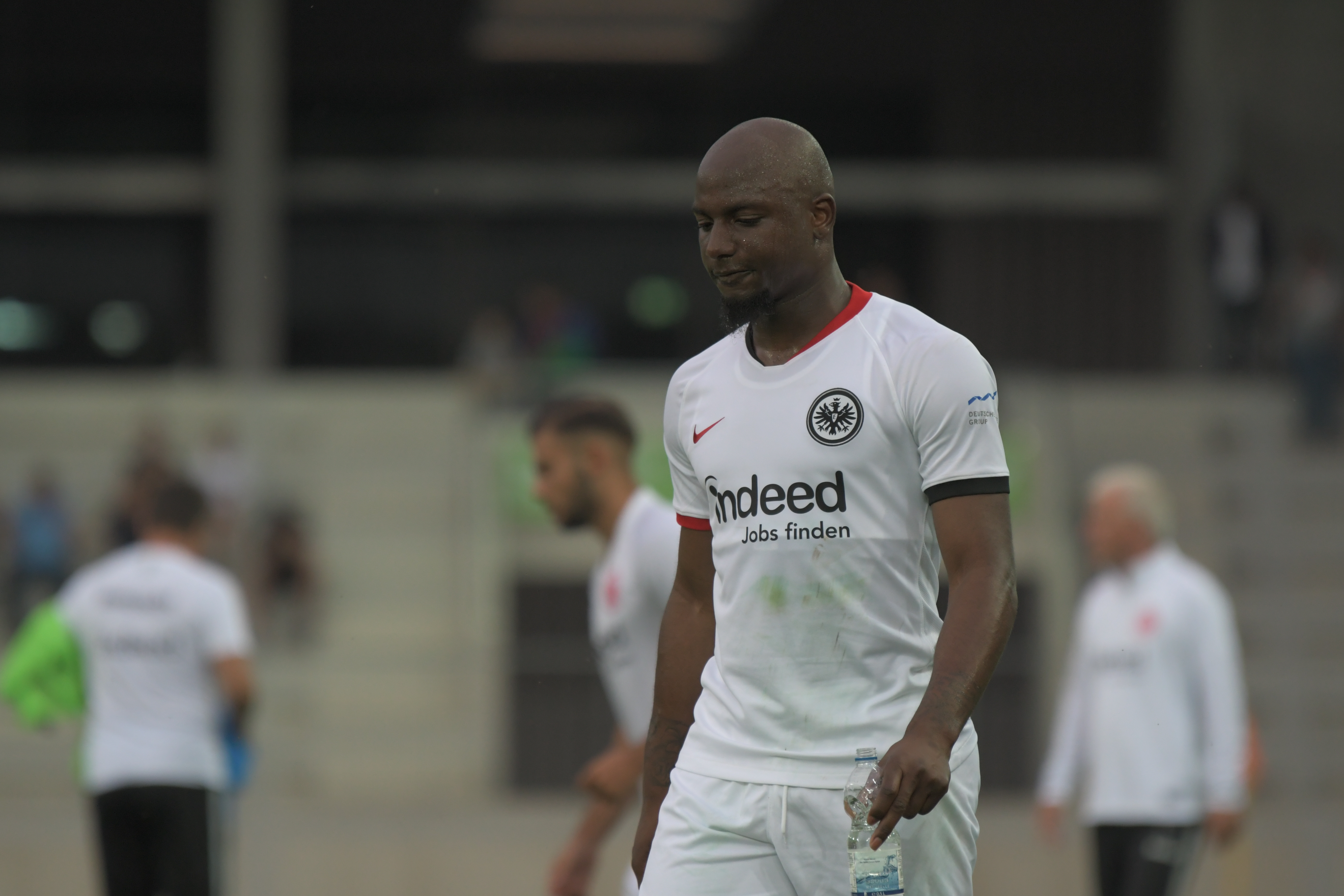 Prolific French striker Sebastien Haller scored either side of goals from Daichi Kamada and Gonçalo Pacienca as Eintracht Frankfurt bounced back from their opening Uhrencup mauling by Young Boys to record a 3-1 win over FC Luzern in Biel/Bienne.

Adi Hütter’s post mortem of the Young Boys defeat appears to have ironed out the problems that Eintracht had in their opening pre-season outing, and the Austrian coach will surely be delighted with his team’s much more composed performance here. Haller getting on the scoresheet will only see his stock rise, particularly amid increased transfer speculation surrounding a possible move to West Ham this summer.

Meanwhile, it is another loss for Thomas Häberli to digest in the Luzern dugout, but his team’s display showed encouraging aspects and will give him a good idea of his team’s weaknesses prior to their opening league match at St. Gallen next week and the Europa League qualifiers.

Eintracht are now guaranteed a third-place finish as a bare minimum at the Uhrencup, and they got off to a dream start here after seven minutes. Luzern cleared a corner which only got as far as Danny Da Costa on the right flank. His low cross found Daichi Kamada who had drifted away from his man, and the Japanese gratefully tapped home to edge the Bundesliga side ahead.

With fringe-player Kamada assisting on Wednesday and scoring tonight, Eintracht’s key men were under pressure to get in on the act and it was striker Sebastien Haller applying the finishing touch just nine minutes later for Eintracht’s second. The excellent Da Costa beat his man down the right with a superb turn of pace before helping himself to a second assist by crossing to Haller, who had the simple task of crashing a header under the crossbar and past the helpless Müller.

Haller saw a golden chance go begging for his second of the night on 23 minutes. Ante Rebic this time left his marker for dead down the left flank and swung a cross into the back post with the French forward was only able to guide over the bar.

The warning signs fired, Luzern used that as a springboard to grow into the game. Having fired off their own warning with Shkelqim Demhasaj firing into the side netting, Luzern had the ball in the net on 40 minutes. Tsiy Ndenga stood over a free-kick left of centre outside the Eintracht penalty box, swinging a brilliant ball in for Blessing Eleke to head in, but the celebrations were cut short with Eleke adjudged to have been in an offside position.

However, there was no disputing the goal the next time Luzern had the ball in the net. It was no more than the Swiss side deserved and came from a superb bit of play. Idriz Voca and Francesco Margiotta exchanged passes in the Eintracht half, before Margiotta played a quick one-two to play Demhasaj in down the left. His low ball in was met by the onrushing Voca who side-footed low into the bottom left corner to halve the deficit right on half-time.

Hütter rang the changes again at the break, changing all ten outfield players and leaving Frederik Rönnow in goal, whilst Häberli opted for one half-time substitution, with Demhasaj withdrawn in favour of Marvin Schulz.

But it was Eintracht’s substitutions that had the more felling impact, and one of them, Serb international Filip Kostic, almost forced a third goal just after the hour mark. His low cross in from the left took a huge ricochet off a retreating Luzern defender, looping across goal and off the inside of the post before Müller could gather.

Having set his sights, Kostic’s next key pass found its target for Eintracht to restore their two-goal cushion on 71 minutes. Making a driving run to the byline down the left, Kostic pulled the ball back to fellow substitute Gonçalo Pacienca, who curled a left-footed first-time effort across Müller and into the top-right corner.

The game seemed safe at that stage, but chances were at a premium in the closing stages. Eintracht’s Dejan Joveljic manages to wriggle away from his man and force a shot at goal, but Müller was equal to it, getting down to his right to make a smart save.

At the other end, a wayward cross from the Luzern right somehow found Francesco Margiotta in acres of space at the back post, but his low effort across goal was turned away by Rönnow at full stretch.

The final big chance of the game came as the match ebbed into stoppage time. A quick free-kick by Eintracht was played into the penalty area to Dominik Kohr who escaped his marker, but his near post effort was parried by the legs of Müller to keep the score at 1-3.