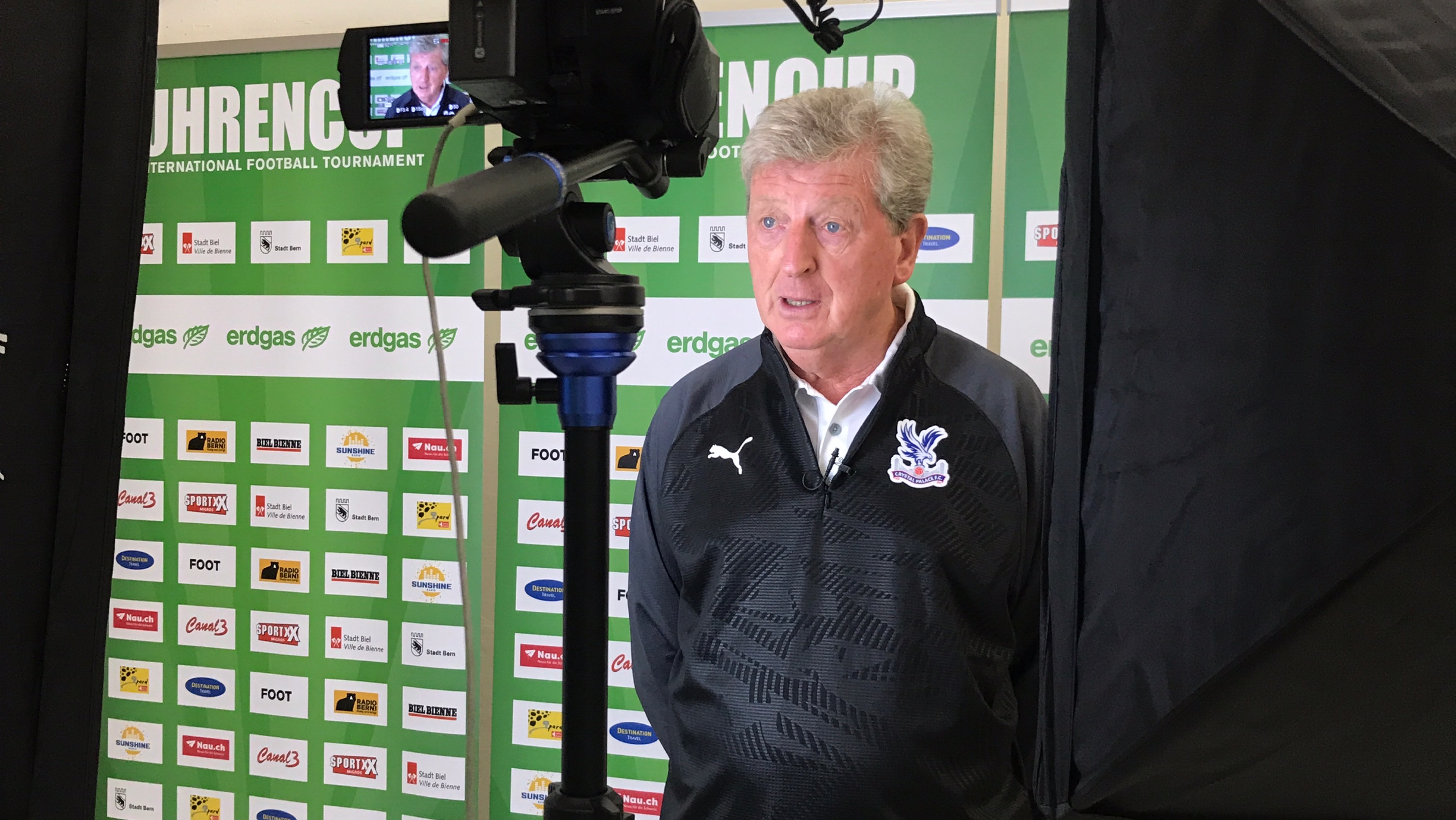 Crystal Palace Manager Roy Hodgson spoke to us following his side’s 6-5 penalty shootout win over FC Luzern which came after a 1-1 draw in regulation time.

His team were tested by Luzern, who cancelled out Christian Benteke’s early headed opener with a crisp equalising volley from Pascal Schürpf, but Hodgson was proud of how his team dug in to see out the draw before clinching the points on penalties to start pre-season unbeaten.

“We had chances to win in normal time, but it’s our first game back after a six week break and one week of hard physical training so the players did better than anticipated”, Hodgson said.

“We knew it would be tough because we don’t have players taking part here who are already several weeks into pre-season preparation”.

Hodgson did hand a opportunities to younger players in his squad including the likes of Luke Dreher, Nya Kirby and Tyrick Mitchell, and they certainly did their first-team prospects no harm.

“A lot of young players had their chance tonight and it’s been a success for us”, Hodgson said.

“They did well and we’ve ended up not losing the game and coming away with a win on penalties.

“The important thing was to give a good account of ourselves and play some good quality football. We certainly did that tonight”.

Hodgson also took the time to reflect on his return to the country where he spent several years as a coach, and his delight at using the experience to benefit his own squad.

“It has been a wonderful experience and it is great to be invited to this tournament. To stay at Yverdon where we have wonderful training facilities is great and it’s nice to be back after years away.

“Coming back with a team, for a training camp and for a tournament is great and I’m pleased we’ve given a good account of ourselves albeit we are short of training and match sharpness”.

The Eagles boss also looked ahead to Saturday’s closing Uhrencup tie with reigning Swiss champions Young Boys, and believes it will be a good test for his team but played down the overall importance of the match.

Hodgson will, however, be treating the Swiss side with the utmost respect.

“We have three more days to rest for Young Boys, so senior players can feature for longer periods in this game.

“In the second-half today against Luzern we only had two or three on who play regularly in the first team, the others being young players or those who haven’t played much. So I can pick a stronger team and it’ll be necessary because we’re playing a stronger team.”

“Hopefully we can give Young Boys the type of test they need before their season. They start a week from now and we are building up til August 10, which is the big game for us. The Young Boys match isn’t a big game for Crystal Palace but one step along the way to being ready for August 10”.

In spite of the lesser magnitude of the game, Hodgson is confident that his team can put on a show for the fans in attendance at Stadion Neufeld on Saturday.

“We’re surpassing expectations already because it is unusual for us to be playing matches this early in pre-season anyway, especially against quality opposition”, he explained.

“If we play anything like we did tonight, we will give a good account of ourselves and I think the public in Bern will enjoy watching us play”.